David Bowie was born David Jones on 8th January 1947 in Brixton, South London.  The son of a Kentish mother and a Yorkshireman father, he reportedly adopted his stage name in the mid-1960s to avoid confusion with Davy Jones, lead singer of the emerging Monkees.  He took the name Bowie from the iconic American frontiersman and his eponymous knife.

He formed his first band, The Konrads, aged just 15, playing at local weddings and youth events.  Upon leaving school he announced his intention to become a pop star and managed to find a manager, but his first single, “Liza Jane”, made no real impact.  After a few more unsuccessful releases with a variety of bands, his eponymous debut album in 1967 had a similar reception.

Later that year, however, he began to take an interest in developing alternative personae and ventured into the folk/psychedelic rock scene.  1969’s Space Oddity (originally also eponymous but re-released under the name of the lead single to reduce confusion).  The single itself reached the UK top 5 and Bowie’s first taste of success spurred him on to greater things.  The Man Who Sold the World, more heavily psychedelic, and Hunky Dory in 1970 and ’71 respectively met with increasing acclaim and triumph.  His breakthrough was established with Ziggy Stardust…the following year and the Bowie we know and love was to remain in the charts through the ‘70s and ‘80s with highlights including “Heroes” and Scary Monsters and Super Creeps.  After releasing a couple of albums with his new hard rock band Tin Machine (1989 & 1999) Bowie experimented with electronic music through the ‘90s before increasing health problems (including a 2004 heart attack) led to something of a withdrawal from public life.  In addition to his music, Bowie was also known for acting roles such as the lead in 1976’s The Man Who Fell to Earth and famously a creepy Goblin King in Labyrinth (1986).

David Bowie died of cancer on the 11th of January just two days after the release of Blackstar, his 25th studio album.  He had been diagnosed 18 months earlier.  He is survived by his second wife, Somali-American model Iman and his two children, film director Duncan “Zowie” Jones (born 1971 to his first wife Angie) and Alexandria Zahra Jones (2000).

I’m not going to claim super-fandom or anything of the like, nor do I believe that his passing leaves a huge hole in the industry today (Blackstar was just his second release since 2003).  Bowie’s legacy has been his greatest contribution to music for the last couple of decades at least and today’s sad news does nothing to change that.  He single-handedly brought about an industry-wide shift in the early-to-mid-‘70s with the likes of Ziggy Stardust… and Diamond Dogs and continued to alter his style, genre and even persona both ahead of and in response to the changing times.  On a personal level I will mostly remember the Bowie of the ‘70s – “Changes” and “Oh! You Pretty Things” from Hunky Dory and “Ziggy Stardust” are among my favourite tracks.  But David Bowie was many things to many, many people.  He was an extremely talented man and he will be missed. 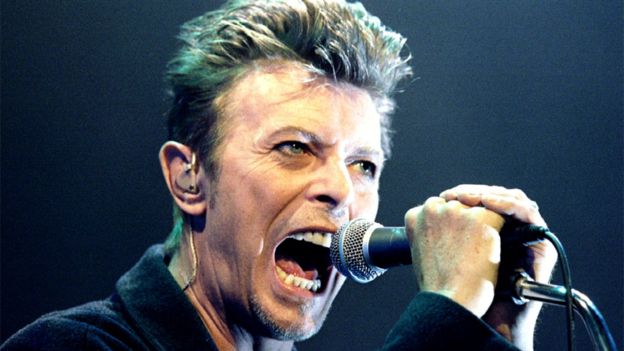 Philip Seymour Hoffman was born on July 23rd, 1967 in Fairport, New York to parents Marilyn and Gordon, although they divorced not long after in 1976. Having taken up acting in high school following an injury-curtailed pursuit of wrestling, he took to his new hobby quickly and after attending theatre schools and earning his drama degree Hoffman first graced screens in a 1991 episode of NBC’s Law and Order.  1992 was his breakthrough year cinematically, earning supporting roles in four feature films (most notably the multiple Academy Award-nominated Scent of a Woman alongside Al Pacino).  More supporting parts followed, such as in Paul Thomas Anderson’s Boogie Nights (1997) and Magnolia (1999), as well as 1998’s cult favourite The Big Lebowski.  Despite his well-received performances, Hoffman was rarely given lead roles although he had top billing in both Love Liza in 2002 and Owning Mahoney the following year.

After smaller roles in Cold Mountain and Along Came Polly, Philip was cast as writer Truman Capote in the 2005 biopic, Capote. For this role Hoffman received widespread acclaim and numerous awards, including the Academy Award for Best Actor on his first try.  This role put him firmly on the scene as an A-list actor, and in 2007 he starred in Sidney Lumet’s final film, the critically-acclaimed Before the Devil Knows You’re Dead.  Despite these successes in lead roles, Hoffman remained mostly as a supporting actor in his later films; he received more Oscar nominations in

this category for Charlie Wilson’s War (2007), Doubt (2008) and The Master (2012), although he was unsuccessful on all three occasions.  He was also an active part of both the television and theatre scenes; he was nominated for an Emmy for Empire Falls and Tony Awards for True West, Death of a Salesman and Long Day’s Journey into Night. It is cinema however for which he will be most significantly remembered, and his final roles came as Plutarch Heavensbee in the later films of the Hunger Games series.

Hoffman, in a relationship with costume designer Mimi O’Donnell from 1999, struggled with drug and alcohol addiction after leaving college but was recovered by the age of 22.  In 2013, however, he suffered a relapse and checked into a rehab clinic citing problems with heroin and prescription drugs as the problem.  On February 2nd, 2014 he was found dead in his Manhattan apartment by friend and playwright David Bar Katz in what appears to have been a drug-related catastrophe.  He leaves behind his wife and three children:  son Cooper (born 2003) and daughters Tallulah (2006) and Willa (2008).

Philip Seymour Hoffman was an actor admired by almost everyone, including me.  I particularly enjoyed his performances in The Big Lebowski and Magnolia as well as more recently Doubt and his comic turn in 2009’s The Boat That Rocked.  It is a shame that he didn’t appear in more central roles, although clearly he excelled in supporting positions to the extent that he was more often called upon in this capacity.  Nevertheless, he could evidently handle the spotlight since in one his few lead roles he won what most consider to be the highest accolade.  He was a popular actor in the industry, particularly with Paul Thomas Anderson who cast Hoffman in five of his six features so far.  He was undoubtedly an excellent actor, and 46 is far too young to lose anyone. 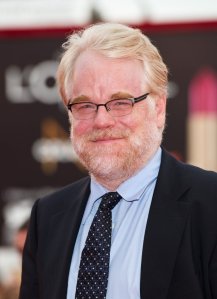